I always went to the football club in my dreams and I felt every moment up close, moments that were very enjoyable for me. Ever since I was a child, I have had a strong interest in soccer and playing soccer

I stayed up late at night for a lot of nights and watched the football game until finally, one of the good days of God, I bought a ticket to watch the football of my favorite team.

I was very happy and went to the football stadium with great pleasure. As soon as I got out of the stadium, I realized that I am not the only one who has a great interest in football. There were men and boys everywhere who came to the football match.

Eventually, after going through a lot of hardships, I found a vacancy among the seats of my favorite team, but it was a vacancy behind the goal net. Although it was very difficult to watch the match from this place, but as I was disappearing from the match, it was as if I was no longer myself, as if I had become part of the gate like my dreams.

I was afraid of the ball coming towards me and I was shaking. Finally, after a lot of fears, a ball passed by the goalkeeper and shook me. Yes, my favorite team scored.

The game ended with a lot of clashes between the two teams. Although my favorite team did not win, I still could not sleep at night because of the taste of the moment I became part of the goal. When I close my eyes, it is as if I am entering the gate again. The ball is coming to me. Yes, I’m shaking.

Childhood and its interests are pure and valuable. You have to enjoy every single moment. You have to feel a child with its beautiful fantasies. Football is a sport with a lot of love and excitement.

Days passed and my interest in football became more intense and my resemblance to Ronaldo grew more and more until one day in Isfahan, a few Yahoo tourists ran to me and said Ronaldo Ronaldo, I also saw that all eyes were on me.

My resemblance to Cristiano Ronaldo shocked people to such an extent that I was warmly welcomed abroad, and people started taking souvenir photos and videos, even giving me expensive gifts. 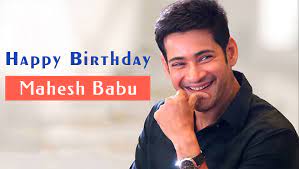 Mahesh Babu, the genius of Tollywood, is perhaps of the most bankable and greatest star. started acting at 4 years…

Mostafa Bahari, born on January 26, 1990 and known as Musata is an Iranian DJ and Producer, and one of…