Popular indie artist Phil Phanatic starts 2022 with a bang. His latest single, ‘Know the Type,’ has created waves across the online musical streaming platforms as soon as it was released. And in case you want to listen to this song once, I can assure you that you can’t. ‘Know the Type’ is an incredibly addictive song that you’ll have to play on loop.

The song makes a marked departure from various other musical genres that we experienced before. You can consider it a mixture of Pop, RnB, and Hip-Hop, making it a one-of-its-kind genre invented by the artists themselves. The single will be featured on Phil Phanatic’s upcoming album “Quiet Hours,” which will hit musical streaming platforms on February 11, 2022.

“Know the Type” is a unique song with everything listeners want to listen to. Mixing and mastering are of high quality. Also, we can’t undermine how its peppy tunes and great composition, plus lyrics make it a must-listen track this new year. You can listen to the song on Spotify, Apple Music, and various online music streaming platforms. “Know the Type” already garnered over 20.000 streams within the very first week of its release.

Who Is Phil Phanatic?

Philipp Jonathan Bossert, who goes by Phil Phanatic, is a Berlin-based artist famous for his eccentric compositions, beats and songwriting skills. Within his career, he’s worked with many artists from around the globe and now works as an indie artist, mainly focusing on creating his genre in the world of creative music.

He’s also helping several emerging musicians and artists who want to create their own identity in the world of music to gather the exposure they deserve. Phil Phanatics helped many of them launch their EPs and new tracks. Phil’s groovy tracks connect well with music lovers scattered across the globe. You can find him on various online streaming platforms — Deezer, Apple Music, Spotify, and others. “I am elated and excited about my upcoming album ‘Quiet Hours’ for which I collaborated with my long time friend Jack Jacobs. It’s the project for which I have been working day and night for the last two years. I have great expectations for this project, and I am sure that my fans will like my work and creativity” Phil Phanatic explained.

Phil Phanatic has joined hands with his partners: Levvi, Pbads, Jack Jacobs and others in his recent past. Interestingly, most of Phil Phanatic’s musical projects have been a big hit among his fans. His tracks have clogged over 590,000 streams on the major streaming platforms.

Phil Phanatic has also been mentoring a group of Vancouver-based musicians for quite some time. He assists them whenever they need his help. Starting from explaining to them the nitty-gritty of the music genre to composing tunes, release planning or fine-tuning lyrics, Phil Phantic is ever ready to help people who are passionate about music.
Phil Phanatic just launched his professional recording studio in Berlin, Germany which can be booked with him as an audio engineer. This is how he makes his talent and creative ideas accessible to everyone. You can book it here. Fake Kings was the result of such collaboration between Phil and Levvi. It was a big hit among music lovers and recently passed 23,000 streams on Spotify.

Phil Phanatic has over ten years of experience in the musical industry. Phil and his style of working have highly inspired Jack Jacobs. The duo has worked together for various projects, but ‘Quiet Hours’ is a dream project. Both of them spent countless nights fine-tuning tracks for the album. Phil Phanatic is an extremely talented musical artist. He’s quite proficient in playing the Piano, Synthesizer, Guitar and other musical instruments. He likes Jazz and Hip Hop, but he follows his creative instincts while composing tracks or adding his creative and unique touch to his songs.

Jared Greenfield has gotten back to the Oregon football program. The security, who spent the previous fall at the College… 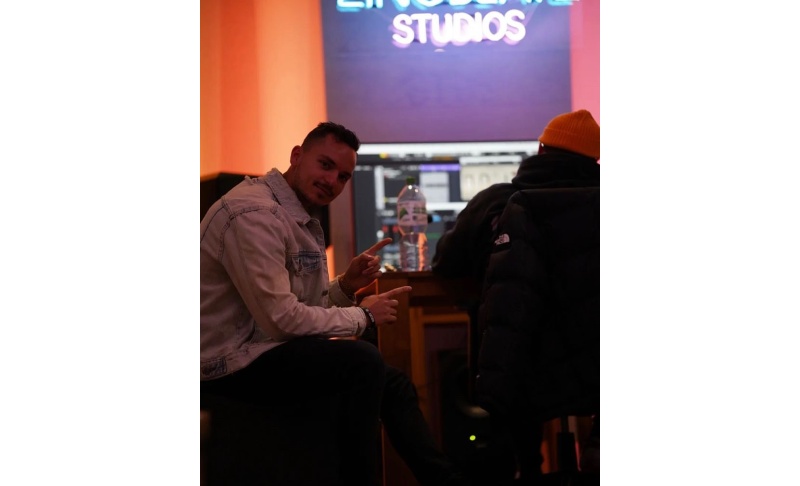 The young rap artist is gradually making his mark, thanks to the incredible vibe he provides listeners with. It is…

In an augmenting energy emergency, China is extending power use limitations to something like 20 locales and regions that offer…

Being multi-talented and all rounder are rare gifts from God. These are very erratic qualities to be found in one…

An ongoing Windows 10 bug discovered clients incapable to reset their PCs. A few people with “certain hardware configurations” have…