Abhishek Bachchan and Aishwarya Rai most likely flew to New York to celebrate the New Year. Aaradhya, their daughter, is with them. The pair, who likes to keep their personal affairs quiet, flew to an undisclosed location for the festive event. Additionally, they didn’t post any images from their personal excursions. But they were spotted by admirers in New York, and pictures and videos of them there have already gone popular on social media.

As they were having a fan moment in New York, the famous family was photographed there. Abhishek looked sharp in a red sweatshirt combined with a coat and track pants while Aishwarya and Aaradhya were seen wearing black overcoats. As always, Aishwarya and Aardhya, who are known for being huge mother-daughter goals, looked stunning. Look at this:

After four years of marriage, Aishwarya and her husband, actor Abhishek Bachchan, welcomed their daughter, Aaradhya, on November 16, 2011. On April 20, 2007, the couple exchanged vows in a small ceremony at Prateeksha, one of Amitabh Bachchan’s mansions.

As a brand ambassador of a skincare business, Lisa Hocker is building a team of consultants from around the world.… 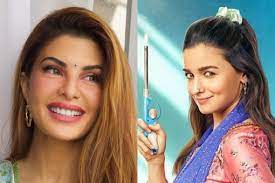 Bollywood entertainer Jacqueline Fernandez experiences arrived in legitimate difficulty. The Enforcement Directorate has named the Vikrant Rona entertainer as a…

Whether you incline toward spreading it on toast, preparing it onto a salad, cutting it on an Instagram-commendable sandwich, or…

When it comes to entrepreneurship in the music industry, Houston born and bred mastermind Desean Millionz is doing everything right:…

Born in Staten Island, New York and raised in New Jersey, Justin Grome discovered his love for photography at a…