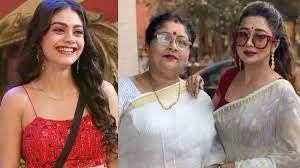 The family week is presently taking place on Bigg Boss 16, and in the most recent episode, Shiv Thakare’s mother, Priyanka Choudhary’s brother, and Archana Gautam’s brother entered the house. Currently, the promo can be seen with the entrance of MC Stan’s mother and Nimrit’s father.

The most recent information we have is that Tina’s mother entered the residence today as well, but something went wrong. Tina’s mother accidentally gave Sreejita a hug from behind as she entered the house thinking she was Tina. Sreejita becomes upset. Her mother eventually realised it and now watches out for Tina. She is in the outdoor space.

In the end, Bigg Boss releases Sreejita. She meets Tina’s mother in the garden area, but she gave her a chilly embrace.

The catfight between Tina and Sreejita has consistently occurred in the BB House. The audience has known there is strife between them ever since Sreejita re-entered the BB house. Recently, Tina Datta was referred to as a “Male attention seeker” by Sreejita in a conversation with Soundarya Sharma.

Topics #accidently #biggboss #currently #entrance #information #realised #Space
Don't Miss it Review of the movie “Thunivu”: Ajith Kumar moonwalks through an inadequate but racy screenplay
Up Next Offering A Unique Perspective in Legal Practice through Experience – Greg Gantt’s Order in the Court

Every year, we study how liquor impacts the body. While the health advantages of moderate drinking have been demonstrated on…

Modeling can be about more than just having a pretty face. It’s about having the determination to keep going despite… 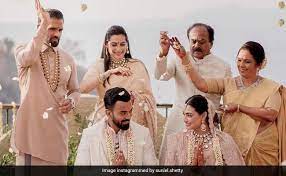 Looking at the success of the game named Battlefield V; no one can say that it was once a failed…