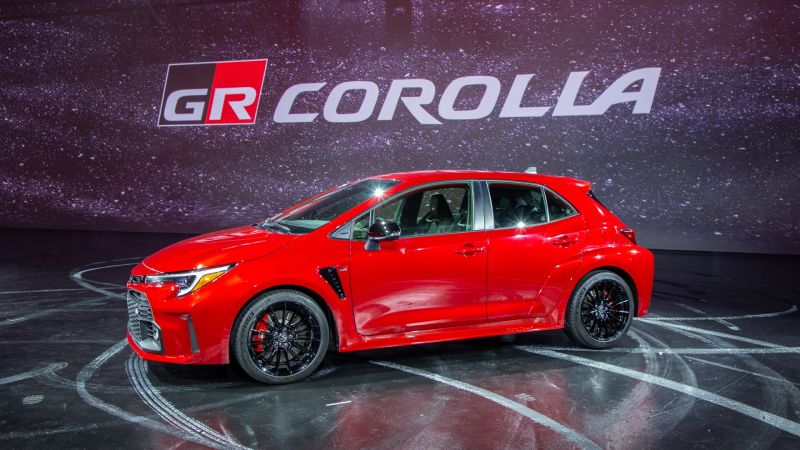 The GR Corolla will start at $74,990, which includes on-road expenses. “through a series of ballots” will be used to sell the first 150 units in the country, similar to the method used in Japan, where the GR Corolla is in high demand.

There will be three rounds of voting, with 50 cars up for grabs in each round. Next month, the first of these votes will be cast. Toyota New Zealand claims that this system gives each customer a fair chance at getting a car.

Beginning in 2023, the nation is anticipating the arrival of the first GR Corollas. Additionally, the initial supply of GR Corollas is likely to be quickly out of stock due to the speed with which the GR Yari sold out.

The GR Corolla is priced right next to the $69,000 Honda Civic Type R. Although the GR Corolla has twice as many driven wheels as the Civic, their lap times are expected to be on par.

Other notable competitors for the GR Corolla include the $79,990 Volkswagen Golf R and the $58,990 Hyundai i30 N (the latter’s price significantly rises if you select a dual-clutch model). For comparison, the Corolla’s smaller GR Yaris starts at $60,290.

The 1.6-liter turbo triple engine in the GR Corolla only works with a 6-speed manual transmission and GR-Four all-wheel drive, producing 221 kW of power and 370 Nm of torque.

Due to its aggressive flared arches and wide track, a GR is easy to spot from a mile away. Because of this, it can take thick Michelin Pilot Sport 4 tires.

“While undoubtedly the Corolla is mainly known by Kiwi drivers as the supremely reliable and dependable hatch, sedan, and compact wagon, the Corolla has a heritage of competing and winning in both track and rally events,” said Toyota New Zealand general manager Steve Prangnell.

“By letting the Toyota Gazoo Racing engineers loose on the GR Corolla, we have produced that rare combination of a high-performance car that can be driven with confidence and enjoyment in a variety of situations and a daily driver with five seats, five doors and the complete Toyota Safety Sense package.

“The addition of the GR Corolla shows how we can continue to offer a wide range of vehicles for all customer needs as we move Toyota’s overall model portfolio towards electrification.”

Some artists come along once in a blue moon to eﬀect the lives of many. They seek to inspire, enlighten,…

After playing assorted clubs and festivals supporting some of the biggest names in EDM, names he’d spent his youth listening…

What are you most proud of? Committing to a journey like this is tough, so I’m proud of myself for…

Also, for some lodge group, administrative and incompetent staff members, the VRS qualification age has been loose from 55 years…

We have seen many rappers go up and down in the industry, but I think this upcoming artist named “YoungIke”…

Krishan Verma is a popular Indian actor and musical artist personality, who is also a tech blogger, artist and youtuber…