With America positioned as the most vital importer of fresh fruit and vegetable market globally, farming pioneers like AppHarvest’s Jonathan Webb are working around the clock to return the majesty of farming and fruit and vegetable production back to the United States.

The U.S. is importing almost two-thirds of its fresh fruit and one-third of its fresh vegetables. Approximately 90% of tomatoes imported to the U.S. are from Mexico, according to freshplaza.com. In addition, Peruvian grapes have flooded American store shelves. However, Chile is still the top grape supplier to the U.S. Bananas are being imported from Guatemala. Costa Rica exports pineapples to America.

“Tomatoes are the No. 1 import from Mexico of all fruits and vegetables,” Jonathan Webb said. “We make simple yet bold decisions and thought, let’s bring tomato production back from Mexico to the U.S.”

While everything is currently operating out of its Appalachian headquarters, there are plans to expand to at least four facilities for operations in 2022. Richmond, Berea, and Somerset, all in Kentucky, have already been added to that list. Investing more than $1 billion in Appalachia, AppHarvest is prioritizing homegrown success.

America has a long way to grow.

Beyond wheat, corn, and soy, the U.S. is currently growing very little stateside.

“What is grown in the U.S. has mostly been grown in California,” Webb said. “Fire, droughts and other climate events are already disrupting traditional agriculture. I have tremendous respect for the farmers, the organic farmers, and the four-season farmers who have put food on our table for centuries, but we need to come together- the entrepreneurs, the innovators, the thinkers, the doers – for new, sustainable food solutions.”

According to Webb, with the UN predicting that we need 50% to 70% more food by 2050, increasing crop production in the U.S. is inevitable. “We will need to grow more food in the next 30 years than in the last 10,000 years of human existence,” Webb said.

Webb plans to achieve that through AppHarvest’s innovative high-tech indoor farming solutions. According to Webb, a hydroponic system combined with AI and robotics will pave the way for the produce revolution. In its 2.8 million-square-foot headquarters in Kentucky, fruits and vegetables are being grown with more than 30 times the yields of traditional farming while using 90% less water.

With a background in building some of the largest solar projects in the U.S., Webb is no stranger to making life-changing products. After COVID-19 emphasized the inefficiencies and vulnerabilities of the U.S. food supply, the governor of Kentucky began prioritizing the agtech industry as one of the top economic development priorities for the state. “Four billion pounds of tomatoes were imported from Mexico to the U.S. in 2019, versus 1.2 billion pounds about 10 to 15 years ago,” Webb said. “We’re trucking produce almost 2,000 miles to get to Americans’ plates.”

Webb feels that won’t work, especially for the future. “California has faced climate challenges from fires and drought. We’re running out of water, and that’s where we grow our leafy greens in the U.S. The little bit of food production that’s happening in the U.S. is being done in drought-stricken areas where climate disruption is not going to allow farmers to grow in the coming decades.”

Webb wants investors and politicians to open a dialogue on the future of food and farming and feels it can no longer be ignored. “We have to rebuild farming in America and also around the world,” Webb said. “Traditional agricultural methods aren’t sustainable for meeting the future global food need. We have to start looking at ways to grow more with fewer resources. For us, it’s using technology, building infrastructure and better aligning with nature.”

AppHarvest’s tomatoes are already available at Kroger stores and other major retailers, but the eco-friendly food source plans to make its produce available to more people. The brand also plans to keep prices down for shoppers across the U.S. “We’ll be at some of the largest grocers and largest fast-food chains,” Webb said. “But to deliver a product that consumers can afford, we’ve got to bring that production indoors.”

Through AppHarvest, Webb hopes to bring regional production back to eastern Kentucky. Webb has seen produce imports triple south of the border in the past 10 to 15 years. “Coming from the wind and solar world, controlled-environment agriculture is what wind and solar were a decade ago. The technologies have now evolved where we can compete with conventional farming. Our central location means we’re saving on transportation, so instead of five days on a tractor trailer, it’s down to a one-day drive to 70% of the U.S. population. We don’t want Americans to pay more for fruits and vegetables. We just want to get healthy fruits and vegetables on their tables.”

The economic benefits of bringing food production home regionally could benefit America as a whole, Webb said. “[The Centers for Disease Control and Prevention] reported only one in 10 Americans are eating enough fruits and vegetables. If we can get that number up to three in 10, we can triple the market in the U.S.,” Webb explained.

AppHarvest is cultivating a new economy in the United States.

AppHarvest is also a powerful economic source for job creation by adding 500 jobs during the pandemic and flourishing with new opportunities. AppHarvest CTO Josh Lessing recalls how impressed he was when he first saw the AppHarvest  facility in Morehead, Kentucky. “They built this incredible high-tech growing environment at speeds that would be unfathomable during normal circumstances and employed a whole community,” Lessing said. “That is a mission you want to get on and people you want to work with. If the world doesn’t recognize that this isn’t a theoretical exercise anymore, we’ll just have to lead the charge, and the rest will follow.”

Topics #AppHarvest #Foreign Imports #Jonathan Webb
Don't Miss it Quiana Watson, A True Boss With A Purpose And Passion
Up Next “I Want to Bring Positive Impact to the Lives of People Around Me”—Packbrazy, An Emerging Indie Artist

Here is great news for all the passionate writers and heavy readers. We are presenting you with the platform where…

In only fourteen days Samsung is going to flaunt its everything new Galaxy S10 family. Today, a new set of… 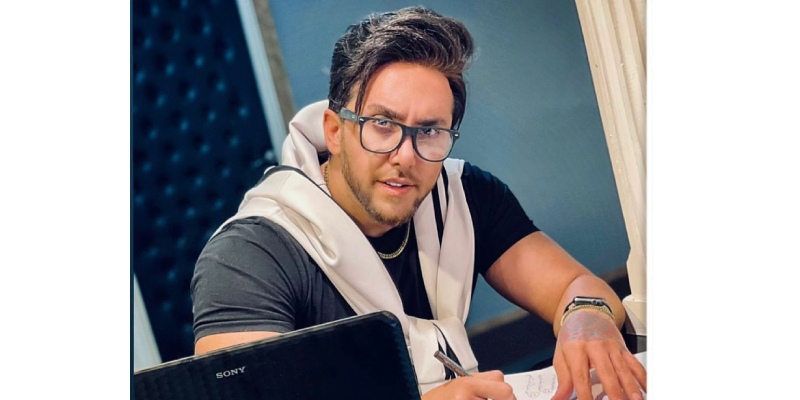 Media and substance companies truly like reviewing content as you look through their lists. Somebody must’ve concluded that this was…