Let’s just say we lived in a parallel universe where the characters D-Bo & Craig got into a dispute we all know in real life if Ice Cube’s Character Craig was a real person in the hood D-Bo would’ve gotten shot because that bully shit only works forever in movies when it comes to the streets the bully has a time limit and it’s just an matter of time before somebody murders him.

Puablo15 makes you feel like your in a revamped storyline of the hood movies. Puablo15 grew up in Oakland 3 blocks away from where poetic justice Tupac’s Fictional cousin was shot he’s not from the particular area but says the robbery and shooting in movie is not far from the truth of what can happen if your lackin in West Oakland on a late night. Puablo15 also referenced Menice to Society. Saying that in Real life if O- dogg Lorenz Tate’s Character would’ve gotten killed by Kane & Wax ( Mc Eights) Characters for showing the robbery and murder tape.

To preserve Kanes Freedom they loved O-Dogg But things would’ve have to go that way in any city or Ghetto. The Song is Called “ Imaginary Opps” by Puablo15 Go check it out on All platforms can’t wait to see the Music Video.

When it comes to showcasing talent, people prefer acting, dancing, singing and comedy. Generally, all such platforms are different for…

Raj Batalvi, who wrote his song with words touching almost every aspect of breakup in life, holds a special place… 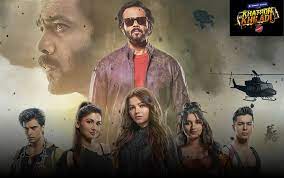 Navya Naveli Nanda, her mother Shweta Bachchan, and grandmother Jaya Bachchan discuss their connections in the main episode of her…

Amazon announced some huge updates to the Alexa voice assistant at its Sept. 24 occasion. From adding more privacy settings…

Following weight reduction can be useful, yet it’s by all account not the only path for you to screen progress.…

The road to becoming a famous DJ is not easy, especially in this digital space. Social media has connected the…