Endless Dungeon’s release date has finally been announced by Sega. On May 18, the action-packed game will be available for purchase on Steam, Epic Games Store, Xbox Series X/S, PlayStation 4, and PlayStation 5. Later, a version of the Nintendo Switch will be available.

Amplitude Studios’ Endless Dungeon was originally scheduled to launch in 2022. It’s a twin-stick shooter and tower defense game played in teams. Protecting a so-called crystal bot and progressing further into a dungeon are the responsibilities of the player.

You can play as a group with three friends, or you can play by yourself and take control of three characters—you’ll have direct control over one of them and can give orders to the other two. Because Endless Dungeon is a roguelike, you’ll gain access to persistent characters, weapons, and upgrades gradually.

Sega announced the release date and opened pre-orders for most platforms. Pre-ordering the digital version of “Last Wish” will grant you early access two days before the official launch and provide you with additional perks. There is also a physical Day One edition that comes with a card game and an art book. Additionally, Sega released a brand-new trailer that showcases more chaotic gameplay. 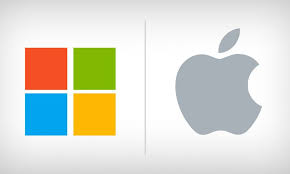 Windows 11 will soon get the brand-new Apple Music and Apple TV apps. A beta version of these apps can…

Introducing a unique concept through his latest project “hi”, Pierrick Jamaux is all set to take the financial aspects and…

NASA has chosen four little astrophysics missions for additional study, in spite of the fact that the office alerts that…

The Fed’s Beige Book said financial action “declined” across a significant part of the nation, “falling strongly” in many districts.…

For those of you who follow @jimmypanos accounts on various social media networks you know about his stances politically. Snapchat…