Indeed, everyone can shine when given the proper lighting. Some people conceal themselves away from the spotlight to enjoy solitude or breathe. However, when they finally step out of the crowd, they take everyone’s breath away.
Jertaker: Buffalo, New York American Musician, Entrepreneur, Content Creator, Wrestler, and medical field worker, has proven this. He conquers himself, from being an introvert to a musician who shares his valuable music talent with everyone, with the extraordinary drive that pushes him to accomplish even the impossible.

Music is a friend

People say, “Great friends bring music.” But for Jertaker, music is not only a friend alone, but also it brought him, great friends. His captivation in music has given him the right rhythm to sync with many people who share the same interest as him.

“One reason I got into music is that it helped me go from an introvert to an extrovert type of person. You have to meet so many new people, and you need to know how to interact well with others. I feel it also helped me gain a lot of new friendships….”

Social media platforms such as Musical.ly and Tiktok also helped him engage in music and pursue his talent. As a result, he evolved from lip-syncing songs of other artists to producing his own musical works of art.

Jertaker’s “Home”
Jertaker is optimistic about his music; he believes that his creativity and determination will make his music reach those people who haven’t heard of it. For example, one of his songs, “Home,” revolves around one person in the crowd that stands out from the rest, causing your eyes to set on that very one. You get those butterflies in your stomach, and you know you want to build your confidence, impress them, and hopefully take them home. He believes that this song has a bit of everything, including the uniqueness that he poured into it.

“…I believe this song was the start of my transition into pop, and it will more than likely continue and expand….”

Other projects anticipated this year include a single collaboration to which Jertaker is featured and directed the music video. In addition, he claimed that this type of verse he considers to be one of his favorite styles yet. Also, a pop collaboration with an artist from Palm Beach Flordia. Along with plenty more.

Jertaker’s word to his fans

Throughout his music journey, just like everyone trying to reach their greatest dreams, he encountered a lot of peaks and valleys. However, it didn’t make him lose his burning passion for continuing his music journey so everyone could hear a part of him. On top of that, he used his mistakes as a stepping stone to soar even higher.

“… I stuck to what I do best, and I learned from my mistakes, and I tried my best to maintain functional bridges and never to burn any….”

Jertaker reminded his fans to invest in themselves no matter whatever pressure around them may come and never give up on what they truly want.

Topics #Jertaker
Don't Miss it What is a subscription !? Amir Hossein Yavari’s explanations about this
Up Next Meet, KenVince, a rising rapper 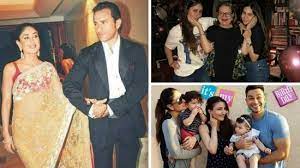 Kareena Kapoor turns 42 on Wednesday and to celebrate, we present to you her best pictures with Saif Ali Khan,…

On Nov 18, multinational beauty company, Coty, announced that it has entered into a “long-term strategic partnership” with Kylie Jenner.…

Three years after the computer business promised to twofold the speed of the world’s computer memory with the DDR5 spec,… 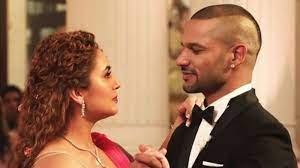 Its been nearly a year since the inaugural l-automobile.show event took place in Miami at The Lawn ‘island Garden”. to…