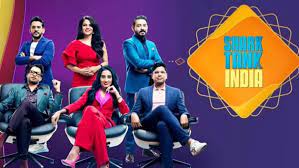 Ankit Uttam, a writer, said why he felt Shark Tank India “never worked for him.” He outlined how the judges’ businesses on the reality show are actually losing money, making them ineligible to offer business advise to the participants.

Ankit Uttam spent a lot of time last week explaining on LinkedIn why Shark Tank India “never worked for him.” The author and marketer contrasted Shark Tank India with its American equivalent and discussed how the businesses run by the judges on Shark Tank India are actually losing money. He continued by saying that the candidates on the show shouldn’t trust the sharks to give them business advise.

Ankit provided an explanation of his motivation for researching the financial standing of the Indian sharks on LinkedIn “Unlike its US cousin, Shark Tank India has never been a show that I have enjoyed watching since the first season. Every judge on the US edition of the show—Barbara Corcoran, Mark Cuban, Lori Greiner, Robert Herjavec, Daymond John, and Kevin O’Leary—runs profitable firms rather than relying on venture capital or suffering exorbitant losses.”

The author came to the conclusion that BoAt, owned by Aman Gupta, was the only profitable business. According to him, Ekta Kapoor’s interpretation of the more compelling US version of the show can be seen in the Shark Tank India edition. As a result of user comments on his claims in the first post, Ankit additionally included a list of the data sources in a separate second post. The second season of Shark Tank India, hosted by comedian Rahul Dua, airs Monday through Friday at 9 p.m. on Sony TV.

Topics #actually #business #continued #drowning #exorbitant #explaining #linkedin #marketer #motivation #participants #popular #sharktank
Don't Miss it A vehicle on the sets of The Vaccine War lost control and struck actress Pallavi Joshi, causing injuries
Up Next Life and its Seasons – This Too Shall Pass

A reverse phone search will be performed to try and determine who owns a certain number, but it will also…

Sergey Kartashov (Sergejs Kartasovs) is the CEO of Generation Partners LTD, an IT asset management company based in Cyprus. He is…

Every individual who’s taking care of their wellbeing will in general zero in on two things: the physical exercises they’re…