The price of HBO Max’s ad-free subscription tier will increase from $14.99 a month to $15.99 a month in the United States, according to an email sent to subscribers on Thursday. This is the first time the company has raised the price of a monthly subscription since it launched in May 2020. It also comes before the company’s relaunch, which is rumored to combine HBO Max and Discovery+ programs and be called “Max.”

The platform noted that existing subscribers will notice the price increase in their subsequent billing cycle on or after Saturday, February 11. “This price increase of one dollar will allow us to continue to invest in providing even more culture-defining programming and improving our customer experience for all users,” the platform wrote.

On the news, Warner Bros. Discovery shares went up more than 3% in Thursday afternoon trading.

As CEO David Zaslav intensified efforts to streamline the debt-ridden business, the company canceled a number of projects that were specifically intended for HBO Max.

“We’re painting a mural on the side of a building, and all kinds of stuff is falling off,” Zaslav told RBC Capital Markets in November. “It looks messy, and it is messy. It’s really hard and it’s really challenging.”

“The best IP in the world” necessitated cost cutting, according to Zaslav.

“We need the best structure and we’ve got to spend money where it’s working,” he said.

Analysts at Goldman Sachs and Bank of America recently predicted that the troubled entertainment giant would see better times ahead, despite a chaotic 2022.

Jessica Reif of Bank of America concurred, pointing to the company’s “improving narrative” for the coming year and its potential for the long term.

Topics #HBO Max
Don't Miss it LyvWel’s Energy Gum: The Healthy Alternative to Energy Drinks & a top seller in most smoke & Vape shops
Up Next Dharmendra beams broadly as he observes Lohri with Bobby Deol, his son, and his grandchildren Karan, Rajveer, and Aryaman 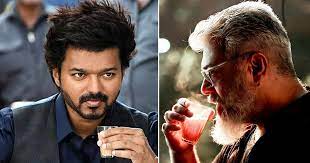 After a prolonged opening weekend, Thalapathy Vijay emerged victorious in the initial round of the highly charged Varisu vs. Thunivu… 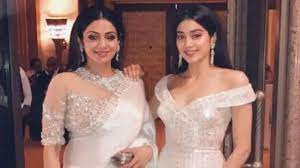 Every journey must start somewhere, and for James William Awad, his journey began at the very bottom and took the…

To look gorgeous is the fantasy of every girl. What makes her even more beautiful is her make up. Born…

Thinking about goals and plans Ordinary people dream of winning a great prize; wealthy people think about their goals and…